BOPP Film VS Bundling Film: Which Is Right For You?

When choosing between the different types of flexible films, you have many formulations to choose from.

And, while you have been researching different films, you have narrowed your choice down to biaxially oriented polypropylene overwrap film or bundling film.

But, you are not sure which of these two flexible packaging films is the suitable material for your product packaging needs. And, it would help if you had a clearer understanding of each of these film's properties, uses, and applications.

Luckily for you, you have landed on the Industrial Packaging blog!

This article will explain the differences between biaxially oriented polypropylene overwrap film and bundling film.

With the information here, you will be able to choose the proper type of flexible film for your product packaging requirements. 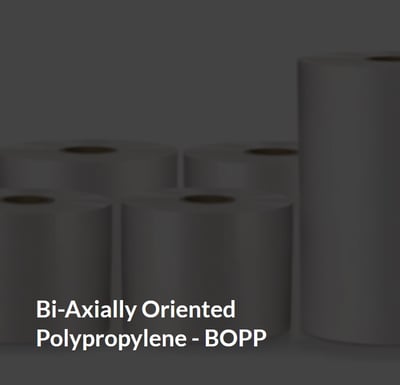 Biaxially oriented polypropylene ( also known as BOPP) film is a type of flexible packaging film. BOPP film is stretched with industrial equipment in machine and transverse directions. This allows for a molecular chain orientation in each direction.

This type of packaging film is made through a tubular production process. A tube-shaped bubble of biaxially oriented polypropylene overwrap film is inflated and warmed to its softening point (not its melting point). BOPP film is stretched between 300% - 400%.

However, another stretching process is sometimes used in place of the technique mentioned above. With this alternative approach, the film is stretched by what is called tenter-frame film manufacturing.

With this stretching process, the polymers of the film are extruded and placed on a cold cast roll (AKA a base sheet) and then stretched along the machine direction. This process uses several sets of rolls to create BOPP Film.

What Are The Common Applications for BOPP Film?

Biaxially oriented polypropylene overwrap film is most often used for food packaging. And, it is quickly replacing cellophane for various applications such as snack food and tobacco packaging. This is also partly due to BOPP's enhanced barrier properties against vapor and oxygen and its lower cost.

Many businesses will choose BOPP instead of other flexible packaging films because of these superior properties and capabilities.

You should be aware that heat sealing is hard to implement for BOPP films. But, this can be made into a more straightforward process by coating the film post-processing via a heat-sealable material or by co-extruding with a co-polymer before processing begins. This allows for a multi-layer film. 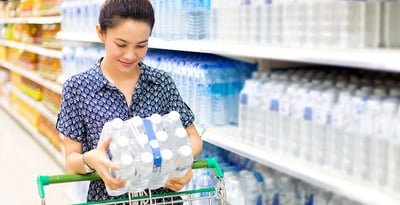 What Is Bundling Film?

Bundling film is a thick form of shrink film created out of single or multiple layers of plastic. Most of the time, this type of flexible packaging film is used for packaging heavier items. Bundling film is great for generating multi-packs that call for a higher strength material than regular shrink film.

Like traditional shrink film, bundling film is sent through a sealer before moving the product inside of a heat tunnel in which the film shrinks uniformly around the final product.

Unlike traditional shrink film, bundling film will shrink as it cools once leaving the heat tunnel instead of while it is moving through the shrink tunnel. 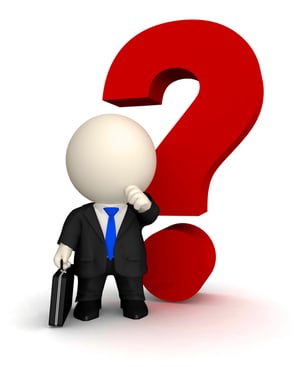 What Are The Common Applications For Bundling Film?

Bundling film is generally utilized for the formation of multi-packs of heavier items. Now, you are probably asking yourself, what on earth is a multi-pack? To be honest, I am glad you are asking that question.

Multi-packs are used for housing a wide variety of identical consumer products. These items are bought in bulk, and they have a lower cost than when bought as individual pieces.

Multi-packs are becoming extremely popular with consumers for a different array of reasons. Number one, it is significantly easier to purchase and carry multi-packs than buying and carrying multiple singles of the same items.

Multi-packs can be branded with beautiful eye-catching designs and visual content that further entices consumers to choose the items featured in a multi-pack over the purchase of multiple single products.

Bulls-eye packaging features holes on two sides of the multi-pack. These round openings resemble a bulls-eye. Thus the name of this kind of packaging.

Aside from the fact that bulls-eye packaging uses less film than full-enclosure* packaging (which results in a lower cost), the bulls-eyes also provide handles for consumers. This makes it much easier to carry the multi-packs.

* It should be noted that full enclosure packaging (as suggested by the name) entirely contains the goods packaged inside the film. This form of packaging is used to prevent contamination. For example, full enclosures are the go-to choice when packaging foods or medicines. 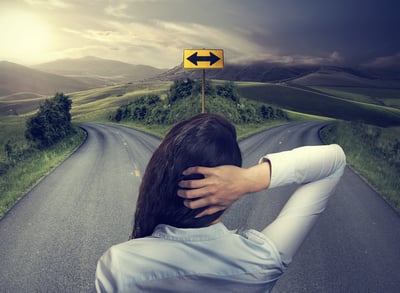 Which Film Is Right For You?

In order to figure this out, you are going to have to answer a set of questions pertaining to these two types of flexible packaging films.

With the answers you divine from this process, you will choose the proper flexible packaging film for your product packaging operations. 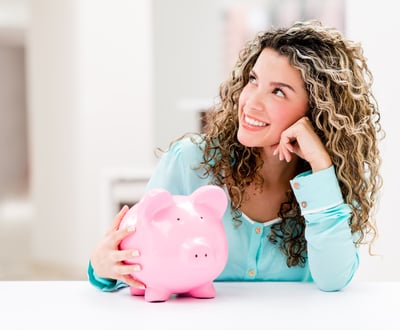 How Much Does BOPP Film And Bundling Film Cost?

With the information presented in this blog post, you should have everything you need to choose the proper flexible film from the options above.

But, now that you know which type of film you want to use to package your products, you are probably wondering how much your chosen film will cost you.

Suppose you have decided that BOPP film is the best choice for your product packaging requirements. In that case, you will want to consider reading this sister article, How Much Does Biaxially Oriented Polypropylene Film Cost? Understanding Price. This article will give you the pricing information that you are seeking.

Now, if you have decided that bundling film is the proper flexible film for your business and packaging line, you will want to take a look at this companion piece entitled Bundling Film Pricing: Understanding Cost.

This article will provided you with the pricing information required to order the proper amount of bundling film for your packaging project.