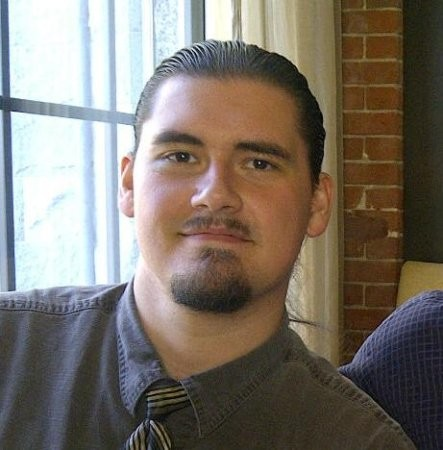 What Is Modified Atmosphere Packaging?

Modified Atmosphere Packaging (or MAP) is the manipulation of the atmosphere inside of a packaged food (IE: beef, pork, chicken, fish). The goal of the process being to increase the shelf life of the product contained within.

MAP improves the shelf life and freshness of many foods. These include cheese, meats, fish and other perishable food items. These foods are commonly packaged with oxygen, which is removed via MAP.

What other benefits does MAP offer to the discerning consumer? What are the pros and cons? Read on to find out!

How Does Modified Atmosphere Packaging Work?

The presence of oxygen encourages the growth of aerobic spoilage. The potential formation of other unwanted microorganisms may also occur.

By reducing oxygen and replacing it with other gases, we can reduce or delay unwanted reactions. To change the atmosphere of a package, the oxygen contained within must be reduced or removed.

The MAP process lowers the volume of oxygen contained within the empty space of the packaging containing the product. Oxygen is often replaced with other gases...

"MAPAX gas mixtures usually consist of the normal atmospheric gases such as carbon dioxide (CO2), nitrogen (N2) and oxygen (O2). Microbial growth can also be inhibited to a certain extent with the help of other gases such as nitrous oxide (N2O), argon (Ar) and hydrogen (H2).

These gases can be applied individually or mixed according to specific ratios. CO2, for instance, is most effective in inhibiting microorganisms (such as mold and other common aerobic bacteria). It does this by dissolving into the food’s liquid and fat phase, thereby reducing its pH value. It also penetrates biological membranes, causing changes in permeability and function.

Stabilizing the atmosphere of the gases contained inside the package is possible by using active actions. These actions include gas flushing and compensated vacuuming. The process can also be achieved by utilizing “breathable” shrink wraps or films.

Modified atmosphere packaging allows natural and non processed food to be packaged in a way that extends the shelf life of the product. This increases the quality of the products image and texture, as well as the appeal of it's nutrition.

The contained atmosphere within the package provides the product with an extended availability. As MAP does not need chemicals to preserve the freshness of the product, it has greater appeal.

The processing and marketing of foods is enhanced due to modified atmosphere packaging. MAP provides the consumer with fresh and delicious foods. These foods often exceed the customer’s expectation.

When it comes to brand awareness, consistent quality and fresh products, MAP technology is a true win-win. Consumers and food companies alike seem to enjoy the benefits of MAP.

Benefits Of Modified Atmosphere Packaging For Retailers And Suppliers

Distribution territories expand and a better variety of products are available to consumers. Manufacturers are given the opportunity to take advantage of longer shelf life cycles. This means a reduction in production demands.

When it comes to the downsides of MAP, one the major concern is cost. There are cheaper ways to package food. When health and freshness are not major concerns, processed alternatives can save money.

The American market and demand for heavily processed foods is continually growing. Many consumers demand foods loaded with salt, fat and lots of added sugars. Retailers can cut costs by offering these processed alternatives.

That being said, the technologies of MAP are evolving over time. Healthier, fresher food products made possible by MAP will be able to compete in costs with their processed counterparts.

A growing segment of the American consumer base is shifting towards healthier MAP packaged goods. Time may tell a different story when it comes to the battle between processed foods and healthier options.

As the saying goes, "safety first". MAP is not to be considered a fail safe when it comes to food safety. While MAP allows for a longer shelf life and can prevent certain types of spoilage, it is not guaranteed.

Some foods packaged with MAP may actually result in additional risk. MAP may allow for the formation of pathogenic organisms. There is a host of possible contamination issues with pathogens including but not limited to L. monocytogenes, Y. enterocolitica and A. hydrophila. MAP packaged produce is particularly at risk...

However, while these risks do exist, actual cases are few and far between. They have been found to be rather uncommon since the inception of the use of modified atmosphere packaging.

MAP and other forms of reduced oxygen packaging minimize the activities of spoilage organisms that normally give warning about potentially unsafe conditions. Concerns about modified atmosphere packaging are well founded because of the potential for growth of anaerobic or facultative anaerobic bacteria, such as Clostridia, which could cause food poisoning before food spoilage was organoleptically detectable. Reduced oxygen packaging contributes to the potential of botulism (caused by Clostridium botulinum) and other pathogens by providing greater time and opportunity for outgrowth.

The U.S. Food and Drug Administration (FDA) has been working in concert with the Institute of Food Technologists (IFT) and recently published a report entitled, "Analysis and Evaluation of Preventive Control Measures for the Control and Reduction/Elimination of Microbial Hazards on Fresh and Fresh-Cut Produce." In this study, it is noted that although only two MAP produce products (coleslaw mix and ready-to-eat salad vegetables) have been implicated in foodborne illness outbreaks to date (botulism and salmonellosis), the potential for growth of pathogens is quite significant, especially in the fresh-cut produce industry.

The technology behind MAP is giving rise to the availability of fresh fish, cage free chicken, grass feed beef and fresh produce. These products are being given prime shelf space. This allows for them to show off their visually appealing, superior quality.

Many Americans choose the lowest cost and cheapest offerings in order to save. But we will see the battle between fresh healthy options and cheap processed products continue to evolve.

The millennial generation continues to grow into adulthood as do their buying habits. As the boomers move further into retirement, changes in how and what people buy are sure to come down the line.

MAP products are displaying beautiful, delicious and nutritious foods on more shelf space. As such, we may see a shift in purchasing of said products. As the price points come into range of their processed counterparts, MAP may win out in the long term.

As we see MAP coupled with other technologies such as smart packaging and augmented reality, it is fair to say that modified atmosphere packaging has a bright future in the modern market place.