How To Recycle Shrink Film

There is perhaps no other word that invokes the concept of "cringe-worthy" for the environmentally concerned citizen than "plastic". Plastics have become an epidemic to the sea, often collecting in literal islands of trash in our oceans sometimes stretching far as the eye can see. When it comes to shrink film these concerns are no different but are they truly warranted? Below we will take look at the environmental benefits of packaging plastics and explore their potential in recycling. 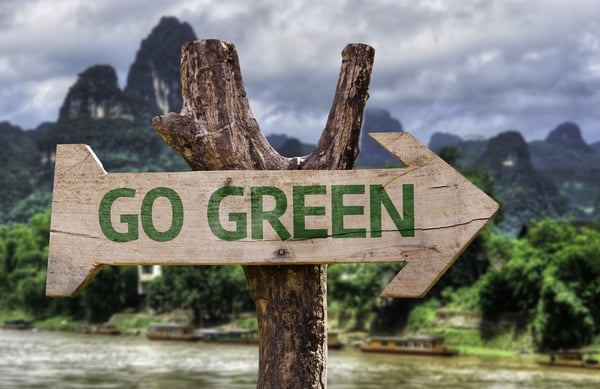 The Truth About Shrink Film, Recycling And The Environment

As mentioned above plastics are a hot button issue for climate protesters as they continue to accumulate in our oceans. Passionate environmentalists often demand for plastics to be better managed in the world of recycling. In some cases packaging plastics like polyethylene, polyvinyl-chloride and polyolefin are attacked simply because they are a type of plastic.

HOWEVER, the truth is that when it comes to packaging materials, plastic shrink films are hands down one of the most earth-friendly packaging materials. Shrink films take up less space on our store shelves as well as within our landfills. Their carbon footprint is significantly less than other alternatives such as glass, metal, cardboard and paper.

WHY? Glad you asked... The weight and size of materials like glass, metal and paper add significant additional shipping costs and further negative influence on the environment to every single item shipped in the world.

While this may be a hard pill to swallow, the unfortunate truth is that the science of sustainability not only supports these claims but puts them front and center of the climate debate to those who have ears to listen...

In fact a 2014 study conducted by the Franklin Associates discovered that using packaging alternatives in the United States other than the plastics currently used and researched in the study (stretch, shrink, caps and beverage containers, bagging, rigid) would increase energy usage by 80%. The impact of greenhouse gas emissions would increase by over 130%...

Interested In Saving Money And The Environment By Using The Correct Shrink Film Width?

By switching to glass, metal, cardboard or paper rather than using shrink film, we would effectively be moving the pollution from our oceans to our skies while exponentially increasing the detrimental effects of these other materials. Furthermore, much of the paper and cardboard that is thought be recycled in the United States is not in fact recycled.

This is largely due to single stream recycling in which the paper and cardboard products become contaminated with food particles, sauces and moisture from discarded water bottles, cans and other liquid containers. The majority of this cardboard and paper can not be recycled at this point and ends up in a landfill where it will generate methane gas.

And while many people are looking to the future with high hopes for zero waste packaging solutions such as LOOP, many of these programs come with higher costs and expenses that many companies simply will not invest in due to the financial burdens associated with these products and services.

What many people are unaware of is that most shrink film is actually recyclable as they are made of recyclable plastics. Many people assume that shrink film is not recyclable because although the plastic IS recyclable, most towns do not have the proper infrastructure and recycling facilities to handle soft plastics. However, there are companies in the waste management industry such as Rubicon who offer recycling services and programs specifically for the recycling of shrink films

"Many cities and counties have hard and fast rules surrounding plastics recycling for commercial and residential locations alike, with the most common rule being that only hard plastics—including plastic bottles, jars, and tubs—can be accepted for recycling in these programs. Hard plastics are generally described as something that keeps its shape if you try to flex it, such as plastic detergent bottles, milk cartons, and sports drink bottles. Soft plastics, such as plastic bags, packaging, and, of course, shrink wrap, often cannot be recycled by cities, as they tend to jam machinery at the materials recovery facility (MRF), causing slowdowns, delays, and even breakdowns.

Thankfully, there is another way. Shrink wrap is in fact a highly recyclable material, which is why if you have a large volume of it coming in and out of your business every week, you’re going to want a way to deal with it the right way.

Assuming the shrink wrap is of a high quality and it isn’t contaminated with tape, packaging labels, or anything else that can reduce the purity of the plastic itself, this shrink wrap can be baled up either on your premises, or it can be picked up by a waste and recycling provider to be consolidated and baled at a separate location."

The best way to ensure that your shrink is properly recycled is to utilize a machine called a baler. These machines work in the opposite way of a hay baler and instead of wrapping film around a product, the used shrink film is baled into bundles, and picked up for recycling periodically.

Depending on the size of your packaging line, a program like this may or may not make sense for your company. While a smaller business will generally have to accrue enough used shrink wrap over a long period of time to justify the pick of said material for recycling, large companies generating high volumes of used films may be able to negate the cost of implementation by reimbursements of properly baled films.

Unfortunately, for smaller companies this type of service may cost your company more than you are willing to invest. However, larger organizations may be  able to create a decent revenue stream from recycling their shrink film if their volumes are high enough and they consider buying and installing a baler as an integral part of their packaging department.

While packaging plastics such as shrink film will surely be a hot topic of debate for years to come, as of now, they are still your best choice for an environmentally safe and financially affordable packaging substrate that can properly, safely and strongly package your products.

For the truly environmentally minded companies of a certain size, implementing a shrink film recycling program may be a good way for you to further reduce your impact on our planet earth, it's oceans and general well being.

Finally, another way to further reduce your environmental impact with shrink film is to switch to a thinner gauge of film. By doing so, you will be using less plastic, taking up less space in our stores (and more importantly our landfills) and potentially saving thousands of dollars year over year.